Hawaii’s artists express the visual poetry of the islands in color, light and shadow—painted, printed, sculpted, etched and photographed. Hawaii artisans and craftspeople create masterpieces that are both timeless and timely, with variations that mimic the sometimes subtle, often vast differences of experience from island to island.

Native Hawaii before and after European contact presents a unique and rich culture brimming with arts, including feather work, kapa (bark cloth), petroglyphs, wood and stone carvings, and tattoos. Meticulously crafted and invested with deep meaning, these works were never merely decorative – often they served practical, social and spiritual purposes.

Extremely valuable and once possessed solely by the alii (chiefs), a feather cape or helmet required a remarkable amount of industry to create. The kia manu (bird catchers) would have to gather an incredible number of feathers, from as many as 20,000 birds, who would be released after a few feathers were taken. Then the crafter created a unique design embedded with meaning for the chief and bound it all together on a woven foundation. Feathers were also used to fabricate kahili (feather standards) and lei.

Kapa, a fine material made by beating the wauke (paper mulberry) plant, was once the primary material for clothing and bedding. The labor-intensive process of making kapa began with growing plants for up to two years before harvesting. Beaten with a wooden mallet into papery sheets, the kapa is imprinted with symbolic designs and stained with colorful dyes.

Sculpting objects, such as wood, bone or stone, is another art form prevalent in old Hawaii. Ancient petroglyphs carved in stone can be seen around the islands, their meaning still an object of historic inquiry. Whale teeth were carved into a hook-shaped pendant for the lei niho palaoa, an ornament traditionally worn around the neck of a chief. Wood and stone were used to depict gods—many intricately carved master works can be seen at the Bishop Museum. And everyday objects, such as fishhooks, were carved out of bone.

Traditional Hawaiian tattooing involves hand-tapping a needle into the skin, a sacred process weighty with protocol to instill the wearer with spiritual power. The traditional process is experiencing a renaissance today. The designs, connected to the wearer’s genealogy and social hierarchy, are researched and determined by the tattooist.

When the first Western explorers visited Hawaii, they brought artists to document the landscape and its people. The erupting volcano was a popular subject, and gave rise to the Volcano School, made up of non-Native Hawaiian artists, including Jules Tavernier, Louis Pohl and William Twigg-Smith, among others. Others documented everything they saw, as evidenced in the paintings and drawings by artists such as Jean Charlot, Joseph Sharp and Robert Dampier.

The Art Deco period between the 1920s to 40s brought fine-art pieces by painter Arman Manookian, featuring Native Hawaiian scenes, and Eugene Savage, who created murals for the Matson Navigation Co. to entice visitors to Hawaii aboard its passenger ships.

Georgia O’Keeffe, famous for her floral paintings, visited in 1939 and spent nine weeks painting flowers and landscapes during her stay on Oahu, Maui, Kauai and the Island of Hawaii, completing no less than 20 paintings.

Today, there are many prominent artists and photographers all over the islands showcasing every corner of Hawaii’s unique beauty and urban scenes. Some of them also use Native Hawaiian culture in their works. Kamea Hadar, the co-lead director of international street art festival Pow! Wow!, is known for murals and portraits in unexpected locations around the islands. Marques Marzan, a Hawaiian fiber artist uses the traditional Hawaiian art of weaving to create modern, wearable art. And mixed-media artist Solomon Enos has produced expansive collections themed around the future of Hawaii and its people.

Hawaii museums celebrate everything from Hawaii’s history and culture to its contemporary art. The Bishop Museum on Oahu is the largest museum in Hawaii dedicated to studying and preserving the state’s history and is also considered the premier natural and cultural history institution in the Pacific. The Kauai Museum’s galleries display the work of multi-cultural artists, sculptors and craftsmen as well as exhibits about the geological formation of the Hawaiian Islands, early Native Hawaiian life and the Hawaiian Monarchy.

On the other end of the spectrum is the Honolulu Museum of Art. With an art-house theater and an off-shoot campus overlooking Honolulu that features cutting-edge paintings and sculpture, the museum possesses the largest fine art collection in Hawaii and one of the largest single collections of Asian and Pan-Pacific art in the United States.

Begun as a month-long celebration of Native Hawaian arts, artists and practitioners, Maoli Arts Month (MAMo) has grown into a movement, and now includes exhibitions, arts markets, trunk shows, and the extraordinary MAMo Wearable Art Show. MAMo has expanded from Honolulu across the Hawaiian Islands and beyond.

Pow! Wow! Hawaii
For the past nine years, Pow! Wow! Hawaii has held its annual street festival in Kakaako on the island of Oahu, bringing together top local talent and contemporary artists from around the world. The striking, large format murals have helped turn this former light-industrial district into a thriving urban neighborhood with a walkable street gallery of art that can only be found in Hawaii.

Honolulu Biennial
Bringing together artists from Hawaii, the Pacific and the Americas, the Honolulu Biennial showcases contemporary arts every two years in multiple locations across Honolulu.

A venue for the Art in Public Places Program of the Hawaii State Foundation on Culture and the Arts, the [...]

END_OF_DOCUMENT_TOKEN_TO_BE_REPLACED 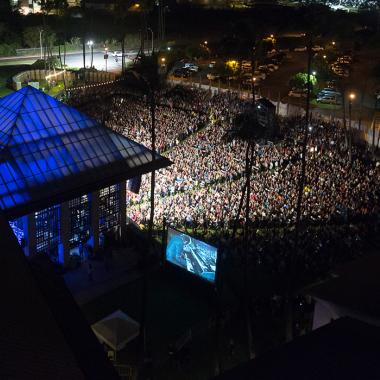 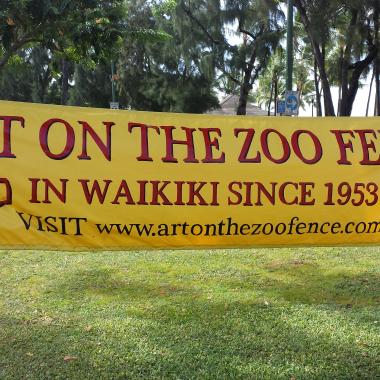 Visit us in beautiful Waikiki and discover the richness of Hawaii through the eyes of a variety of [...]

END_OF_DOCUMENT_TOKEN_TO_BE_REPLACED 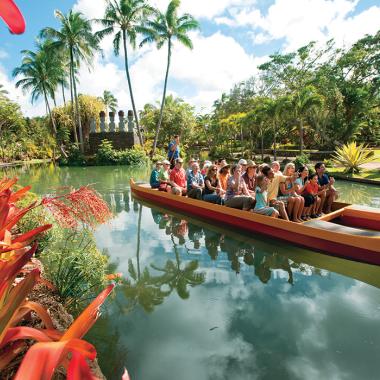 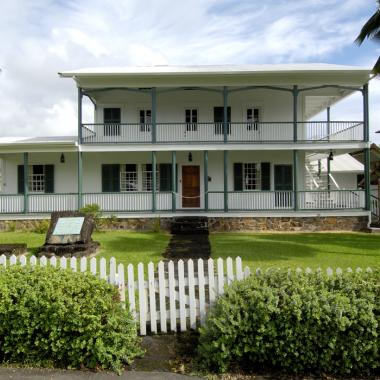 This Smithsonian-affiliated Lyman Museum tells the story of Hawaii’s islands and people. Exhibits [...] 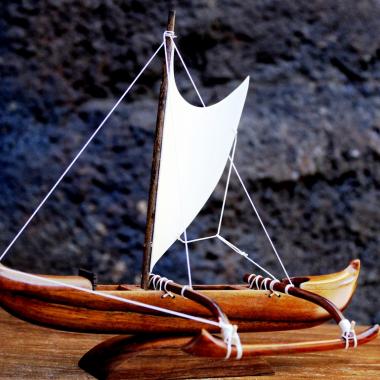 In the Polynesian Cultural Center is our Mahinalani Gift Shop, displaying the finest traditional arts [...] 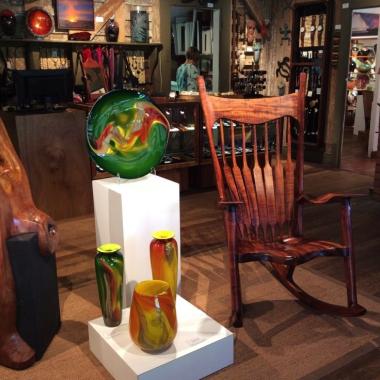 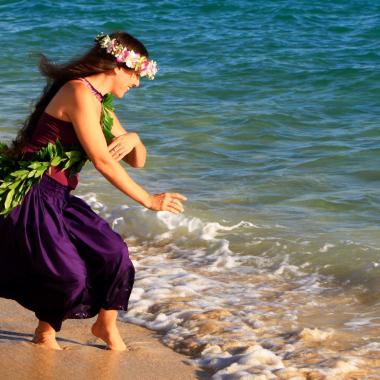 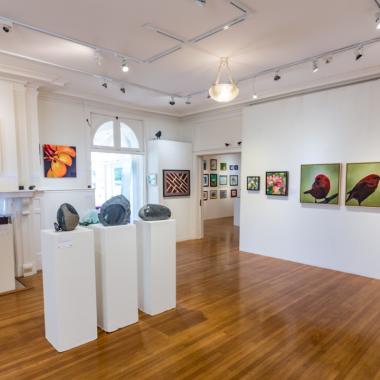 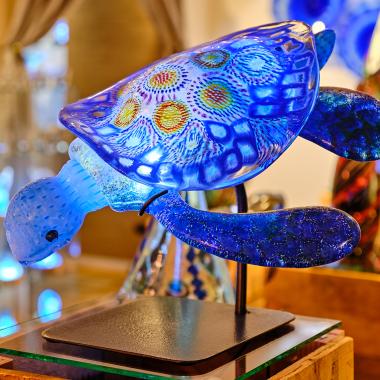 Moana Glass is Maui's premier glassblowing studio and gallery. We offer the finest glass art made [...]

END_OF_DOCUMENT_TOKEN_TO_BE_REPLACED 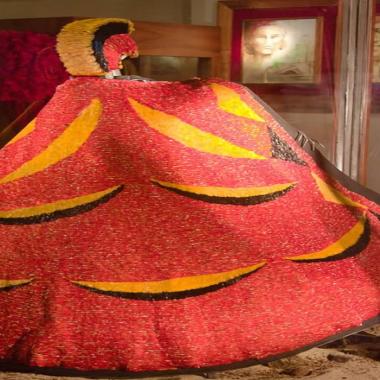