There’s no discernible path through the 10-foot-tall blades of invasive grass the size of full-grown corn stalks. But after fifty yards they give way to a narrow trail climbing to a sandy hilltop with a breathtaking ocean view. Below stretches the entire Waihee Coastal Dunes and Wetlands Refuge, among some of the most significant Hawaiian cultural sites in the state.

Even the sand dunes in Hawaii are teeming with vegetation, as is this “wetland” that has been deprived of water for more than a century. But from hill to shore, the entire ecosystem scarcely resembles the abundant giver of life that supported Hawaiian villages for centuries, before ranching and sugar interests diverted the water in 1905 and invasive plant and animal species took hold.

But for the past 15 years, the Hawaii Land Trust has been actively restoring the 277-acre site, protecting critical native wildlife habitat, leading to the return of five different endangered species, while preserving its rich archaeological and cultural resources. Maui Steward and Educator Kiai Collier lives and works on the refuge, leading his team of colleagues and volunteers in efforts to malama, or cherish and protect, this storied, sacred place. 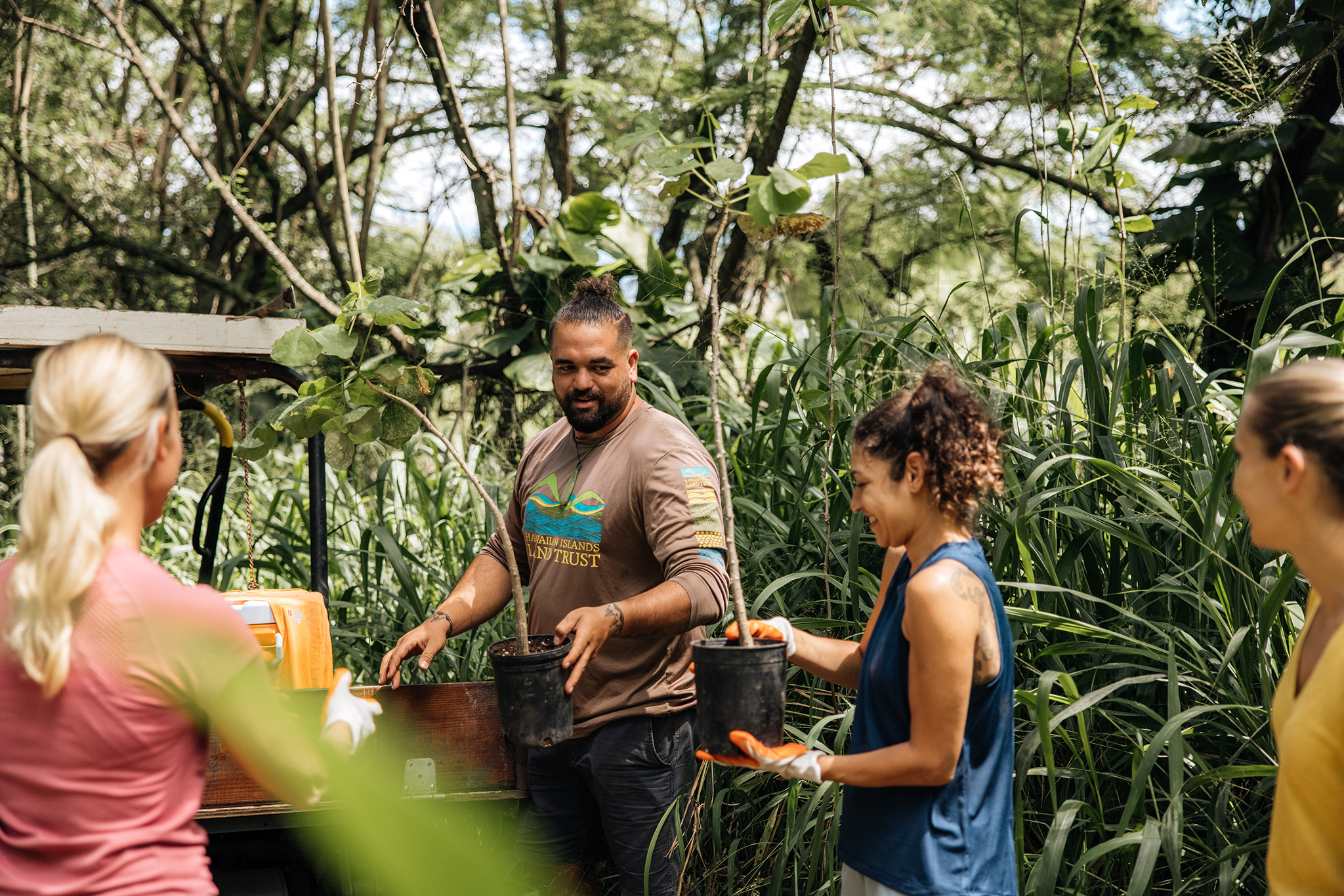 How did you get into being a steward and educator?


Having a cultural background, growing up in Hawaiian language immersion schooling, really helped. Being able to do protocol for our cultural practitioners, when they come down, and being able to hold that space for people. Connecting on a more spiritual level, being aware of that, has helped, too, because there's a lot of mana, or energy in this area.

My name Kiaiokauhane, means guardian of the spirits. Kiai also means protector of the area. It’s not really a coincidence that I’m here protecting this place, and that's super cool. Everything happens for a reason.


Is it just felt by you, or do you think that energy affects volunteers, too?


Yeah, it does. When I do oli (chants), it's kind of like a switch or a trigger for some people. They take it in a little more of a sacred, spiritual manner. Like, "Oh, okay, this is real. This is somebody's temple."

The aina (land) is my temple. So I tell them, “ok, you’re here to do a volunteer day, but let me tell you guys about Wailuku. About Waihee. About the area, the significance especially being a kanaka maoli (native person), how it relates to me and my culture and the things that it can provide for our community. I want you to know that you're a part of it now. So when you're here, you set your intentions for the day.”

“We're going to pull out weeds and we're going to plant these plants. Grab your plant. That's your baby. Set your intentions, put all your mana (energy) into it, and know that when we're here, you want to ground yourself and be aware of where we are, what we're doing, and be able to connect to the area.”

While you’re working, you hear birds. You hear the waves, the rocks, the dirt... Things talk to you, if you listen. It's bringing people to that level of focus and intention. Changing their mindset.

Intention and awareness changes the nature of the work, and people enjoy it more. They feel like they're having more fun.

Instead of being like, "I don't want to be here. I'm just here to work. I clock in and then once I clock out, I'm clocked out.” You're having a good time. You're talking to the people you're volunteering with, versus just working. It’s like the difference between a day job and your passion. You're not just pulling weeds. It's important work, tied to the history of the area, the history of our people. My ancestors have been doing this for generations. He alii ka aina; he kauwa ke kanaka. The land is chief and us people are its servants. 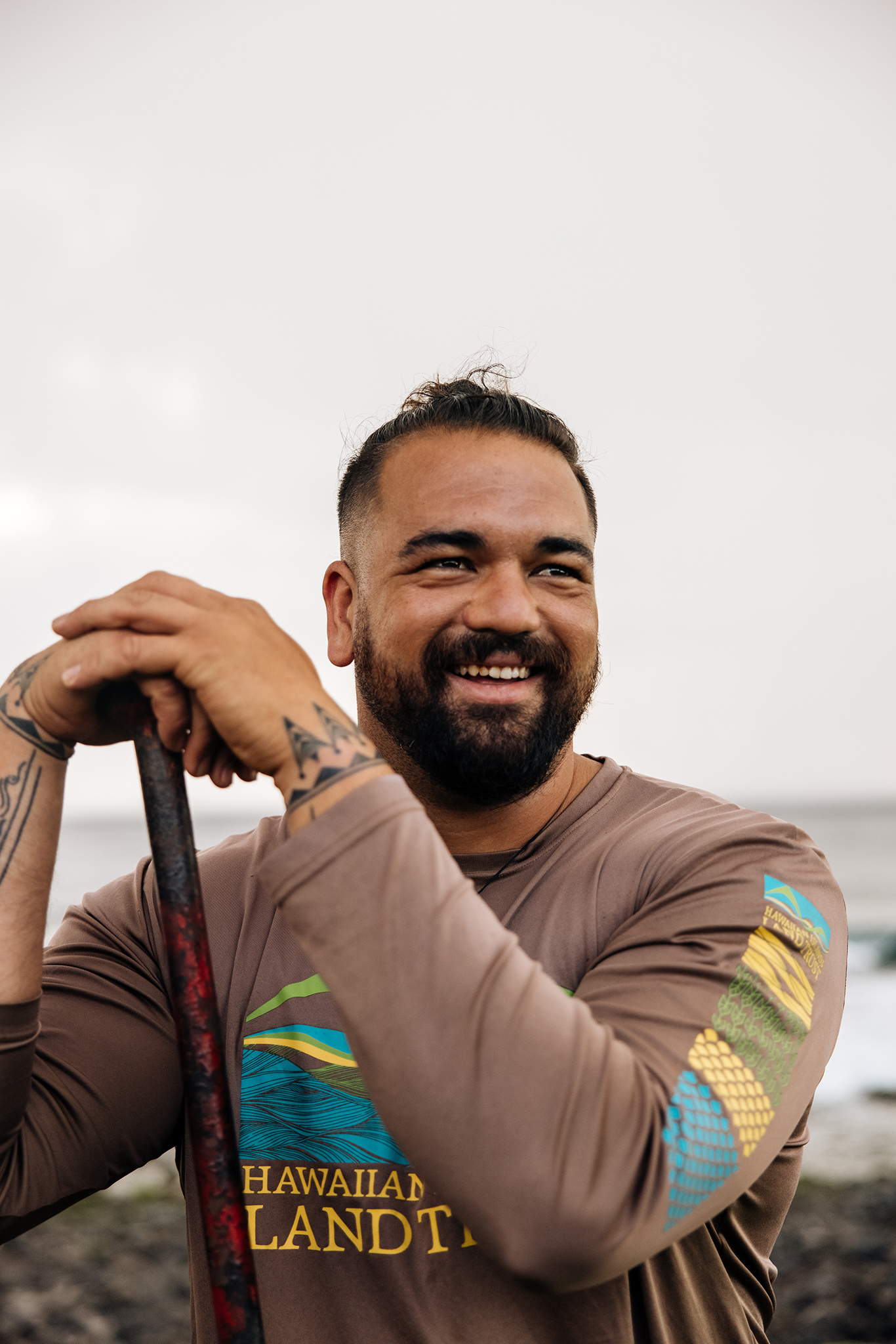 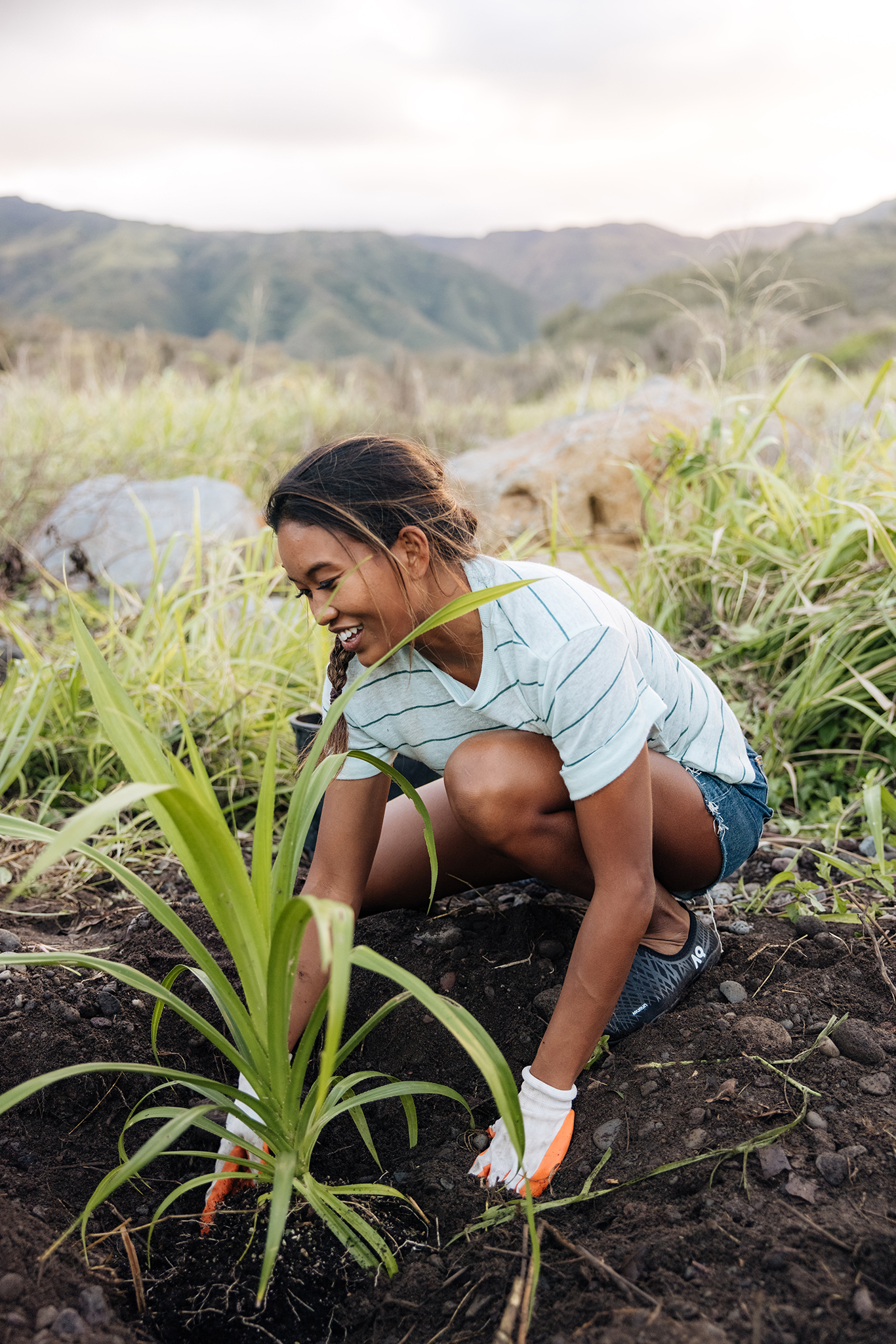 What is the history of this area volunteers can help to restore?


Here in Kapoho, the heiau (temple) Kealakaihonua was dated to around the 1500s, so it's a really old village. It was around the time of one of our famous chiefs, Piilani. So his children lived here—Lono-a-Piilani, Kiha-a-Piilani, and also other famous chiefs, like Kaahumanu. It's more of a chiefly village, so it's very sacred. It was so abundant. You have the Waihee River, which is one of the main four rivers on this side of Maui, and a lot of agriculture actually happened in this area. Paukukalo o Waihee was actually the largest cultivation of kalo (taro) in the islands back in the day. And it was crazy. There's records of having over 4,000 loi (taro patches) in this area being cultivated at one point in time, before Western influence.

But today, they divert water to Wailea. Wailea should be dry but it's green because all the water that's from here gets diverted over there. So they're trying to make a dry place green versus, back in the day, this place, the Wailuku District, was just a nice, good place to live. We lost almost 10 million gallons of water. Because the water does not come down here anymore, our wetland technically is kind of dry.

I mean, it's still beautiful. It's lovely, but it's just a lot of work. And it's good for the community to come down, come through, see the cultural sites. It's not really as functional as it used to be. And our goal is to make it functional, and preserve that function, as an abundant wetland. Not only for the community, ourselves as kanaka (people), but for the wildlife, too, that also comes through.


What’s it like to have a part in restoring this place?


Usually, especially working on the land like that, you do feel some kind of connection. Volunteers gain a deeper connection to it. I feel that's pretty beneficial for them.

When we finally cut through the grass and saw that river opening, it finally flowed, and we could actually walk up and down the stream, it was just so fulfilling. It's a huge sense of accomplishment, because we cleared 1,000 to 1,500 feet of grass that's 15 feet tall and so thick you can't even see through.

And it also makes the landscape look a lot nicer. And you can say, "I remember planting this hala (pandanus) tree, and now it's flourishing." Or, "I remember when this whole area was, you know, grass as tall as me, and now look at it. It’s beautiful. And I had a part in the restoration of this area."

Giving back is a good thing, you know? It's always good to give back. I think everybody is slowly starting to realize that we have a deeper connection to the things that we do on the land. People are starting to become more aware of finding their place in their lahui (community) and how they can help rejuvenate our old system, how it can benefit us in the modern day. 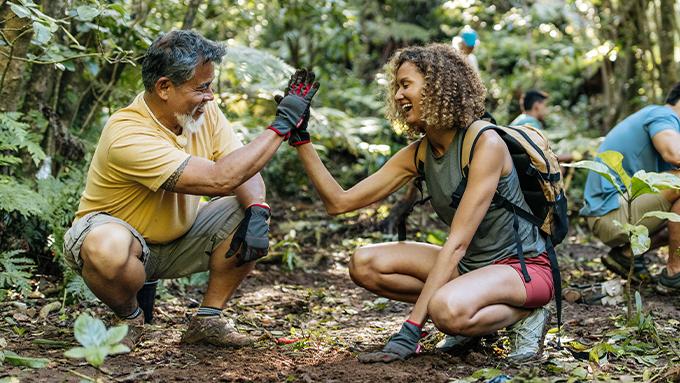 Sam Ohu Gon III
Hikers are led deep into a special realm - where species found nowhere else still reign - to conserve native ecosystems and the vibrant culture they sustain. 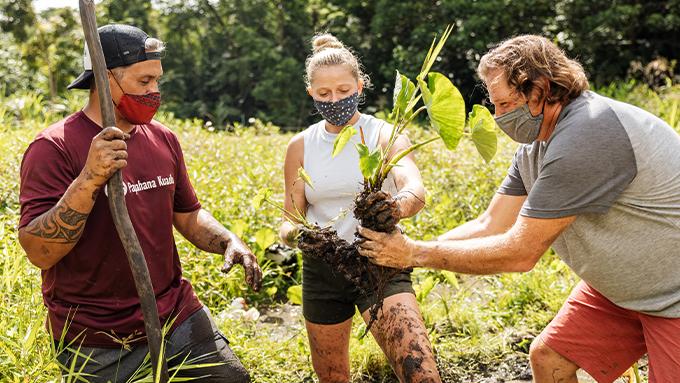 Rick Barboza
By perpetuating endangered plants and recreating the centuries-old methods of his ancestors, a farmer gets volunteers’ hands dirty planting not just native crops, but the seeds of Hawaii’s sustainable future. 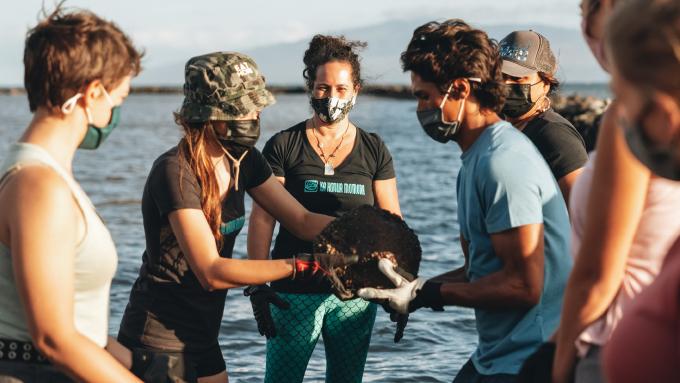