Getting to the Island of Hawaii

Getting to the island of Hawaii is easier than ever with daily direct flights into Kona International Airport. Major air carriers from the U.S. and Canada fly directly into Kona. Most of the direct flights are from the U.S. West Coast — Los Angeles, San Jose, San Francisco, Oakland, Portland, Seattle, and Anchorage — plus Denver and Phoenix, and seasonally from Vancouver. Some seasonal carriers also make the trip with charters and there is also a direct flight from Los Angeles into Hilo.

Because the island is so big, consider arriving on one side of the island and departing from the other. For example, you might fly into Kona, exploring that side of the island awhile, then driving to the Hilo side (roughly 2 hrs, 30 min) and exploring for awhile longer before flying out from the Hilo Airport, or vice-versa. (Be sure to ask car rental companies about drop off charges).

Staying on the Island of Hawaii

Major resort destinations on the island of Hawaii include the Kohala Coast, Historic Kailua Village (Kailua-Kona) and Keauhou, both in Kona. There are hotels and accommodations in Hilo and Puna on the east side closer to Hawaii Volcanoes National Park. Throughout the island you’ll also find bed and breakfast accommodations, condominiums, vacation rental homes and cottages, as well as hostels.

Traveling on the Island of Hawaii

While there is mass transit in the for of the Hele On bus, we recommend a rental car for flexibility and ease. We strongly suggest booking before you arrive as sometimes cars aren’t immediately available when you step up to the counter without a reservation. All the major rental companies are found on the island. There are also guided tours of every type from bus tours and taxis to private limos.

Rental car agencies are located at the Kona and Hilo International Airports, as well as some resorts. Rental car companies are located just a short distance from both interisland terminals. Taxis are available curbside. 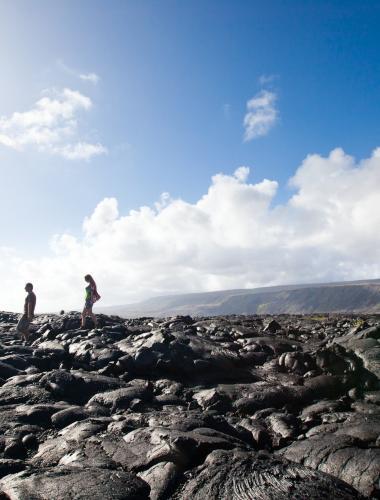 Get answers to some frequently asked questions about the island of Hawaii. 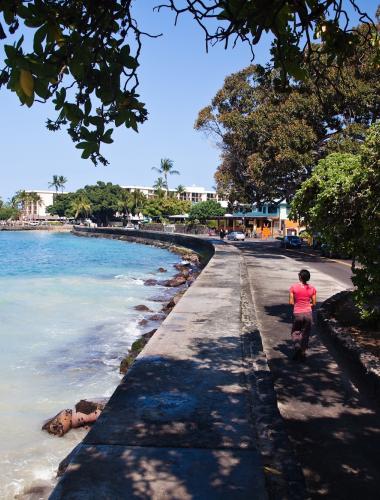 Find information about getting to the island of Hawaii and getting around the island. 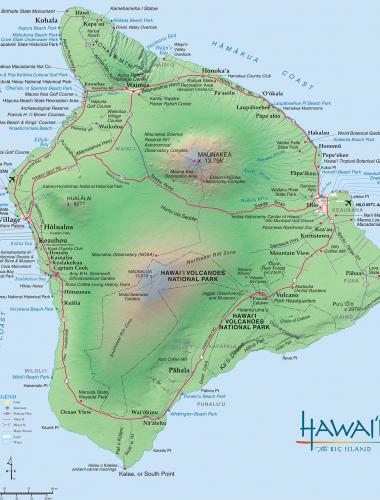 Find downloadable maps of the island of Hawaii 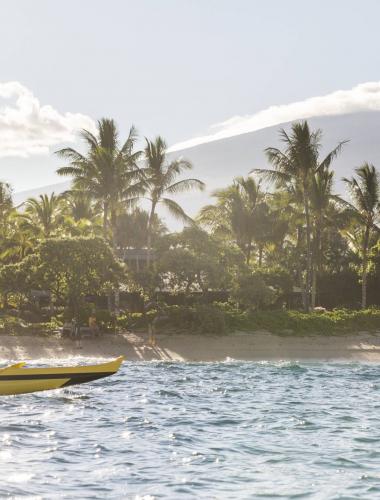 See what the forecast is like on the island of Hawaii. 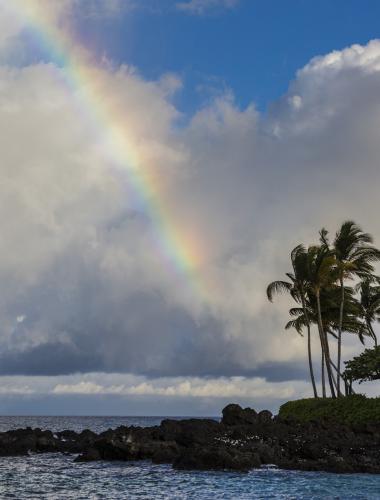 Looking to explore The Hawaiian Islands via cruise? Check out more details on our ports of call, schedules and partners to help you plan.

One’s love for the planet is an inseverable relationship. Please take the island of Hawaii Pono Pledge and ask your friends and family to do the same.